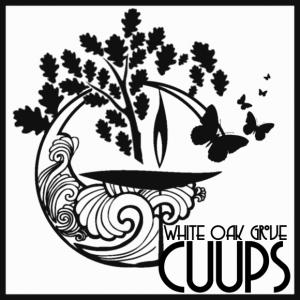 Growing Up Pagan: Why the Pagan Community Needs to Embrace Their Youth

I’m someone who was raised as a Pagan throughout my childhood; The flavor may have changed over the years as my parents experimented and searched for their right path, but all in all, my childhood memories are filled with the rather interesting activities that come with being Pagan.

I was absolutely blessed in the Pagan parents department because my mom and dad both worked hard to make sure my siblings and learned about different parts of Paganism in ways we could understand. They taught us about the holidays and showed us ways to celebrate them, taught us the “rules”, answered our questions, helped us learn from books, but most importantly they included us in rituals and acts of magic. On top of that, everything was done in a way that really made everything normal for the three of us: it wasn’t weird, it just was.

As far as a community though… I’m not so sure that I’d say that same. My parents would bring us to group and public rituals; Mom and Dad would always explain to us what was expected of us beforehand, and give us rules and the like so we wouldn’t get into trouble. Most of what I remember as a kid the group magic that was done looked a lot like grown ups standing in a circle, sometimes holding hands, listening to someone talk and occasionally all saying the same three words seemingly randomly. It was interesting, but it was also hard to figure out what was going on because we were supposed to be quiet, so it was hard to ask questions. Mostly though I remember we’d bring our own books, or if we could find somewhere that we could play quietly without disturbing anyone or the ritual.

Looking back at these experiences as I write this article it occurs to me that these two experiences with home magic and community magic as a child really shaped how I interact with magic and the community as an adult. While I’m perfectly comfortable and confident with my immediate family in terms of doing and discussing magic, the same can’t be said when it comes to a community setting at all. As I got older and reached my teens, I started being invited to join the rituals and ritual circles by adults other than my parents.  By then I wasn’t interested anymore and, as far as I was concerned, my energy was better spent off playing, reading, or coloring somewhere out of the way.

I know that many people come to this community as grown adults already, and it’s actually pretty rare to find those like my siblings and me who’ve grown up in this village. Which to me is a bit mind blowing, because I know there have got to be more people my age who also grew up Pagan. I can’t help but wonder if these other young adults who grew up in their Pagan families felt excluded, and maybe even not welcome, as children in their local community and, as a result, have lost interest in being part of that. If that’s the case then the practice that many local communities have which disclude children isn’t something that could present a problem in the future, I firmly believe it’s something that is a problem in the now.

But children run around, and make noise, and distract from the ritual! Though not in those exact words, this is the number one complaint that I’ve heard from adults about Pagan kids for about as long as I can remember. However, now that I’m an adult myself, I often wonder if adults stop to think that kids run around and make noise because they’re not only discluded from the main reason everyone has gathered, but also more or less ignored and brushed aside in favor of magic. It seems to me that only in ideal scenarios is there a way for children to participate in a community ritual or someone, in even more rare cases, willing to not participate in the magic and spend time with them.

I’m not saying that it’s not disruptive when children run through the middle of your circle, or weave in and out of the adults during the ritual. I’m also not saying that it’s not a problem, because I’ve seen my fair share of wild children in and around ritual spaces and it is absolutely rude and disruptive. What I’m saying is that it’s something that we as a community, as a village of sorts, can solve by including them in our community practices in productive ways. That by engaging children we can teach them the way to interact with group and community magic in positive ways not just negative ones. I’m saying that as a child all that I had wanted was to be included in what the adults were doing without feeling like I was being an annoyance to everyone.