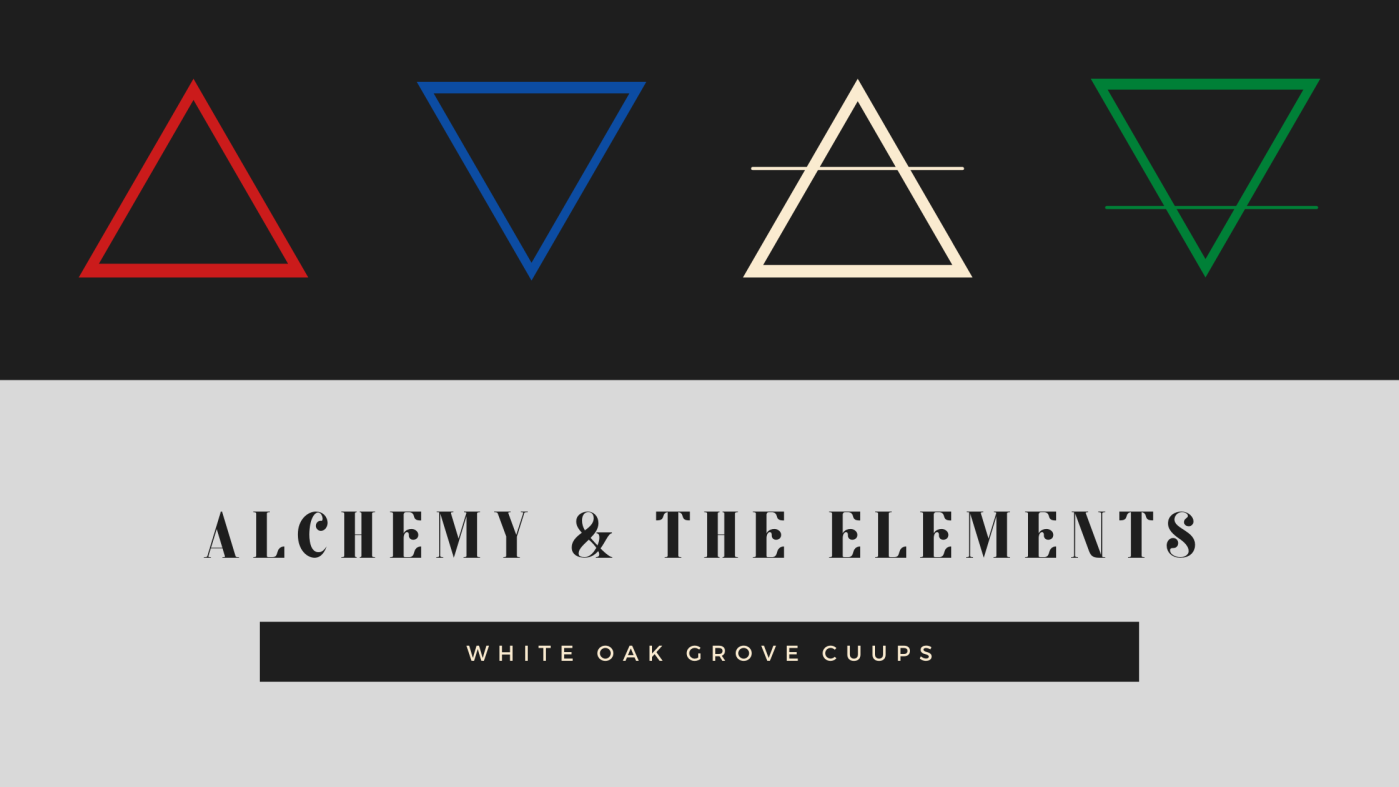 This month members of White Oak Grove CUUPS gathered online for our regular meeting where we took a look at the path of Alchemy, it’s relationship with the elements, and it’s practitioners. If you weren’t able to make the session you can find the full set of class notes on our facebook page.

Defined as the process of taking something ordinary and turning it into something extraordinary, sometimes in a way that cannot be explained, Alchemy is the medieval forerunner of chemistry based on the supposed transformation of matter. Beginning about 100 AD, alchemy was an art based partly upon magic and partly upon experiment. They became investigators of natural processes, looking for a mythical substance called a “Philosopher’s Stone”. It turns out that this might not have ever been a literal stone, but a way or powder that had a magical influence on the base metals to attempt to turn them into gold and make one able to achieve immortality. While there’s no proof of the “Philosopher’s Stone” ever existing that has never stopped Alchemists, both modern and ancient, from trying to achieve it.

It turns out that when Alchemists talk about turning led into gold, they may actually be talking about a spiritual journey and transformation rather than turning actually turning the first into the latter! Early philosophers tried to explain the existence of gold and other substances and the theory that elements in the earth matured from “least perfect” (lead) to “most perfect” (gold). By combining the methods of science, psychology, and religion Alchemists embark on a unique spiritual journey in the hopes of turning themselves into the legendary “Philosopher’s Stone” by achieving perfect balance of the elements within themselves.

Interested in learning more? Check out these books recommended by by our presenters Betsy and Warren: